THE USE OF SYNTHETIC MESH IN COSMETIC AND RECONSTRUCTIVE BREAST SURGERY

THE USE OF SYNTHETIC MESH IN COSMETIC AND RECONSTRUCTIVE BREAST SURGERY

Click here to view the complete PDF from the lecture 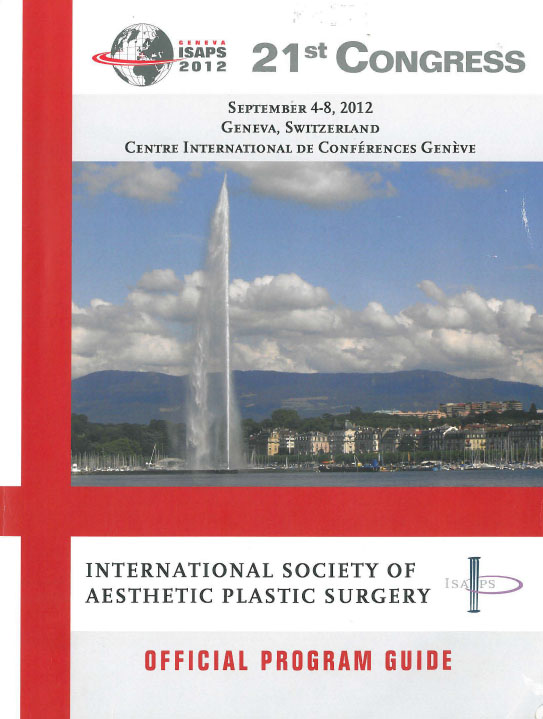 The initial approach to expander breast reconstruction was the total muscle coverage technique including the pectoralis major, serratus anterior and the anterior fascia of the rectus abdominus muscle. The rigidity of the muscle restricts inferior pole expansion and often results in a high riding implant.
Furthermore with complete muscle coverage the inframammary fold is ill defined. Complete muscle coverage was necessary when more extensive mastectomies were performed, in order to protect the implant from exposure beneath the large incision.

The advent of the skin sparing mastectomy enabled the muscle to be detached inferiorly where the lower skin flap affords coverage to the implant. Although more natural expansion is possible with release of the pectoralis muscle, pectoral muscle retraction and implant bottoming out is still a problem.

Suturing the inferior edge of the muscle to the fascia therefore becomes necessary. The suturing technique often results in disruption, as sutures cut through the tissues with tension. Acellular dermal matrices offer a viable solution to this problem. The ACDM provides reinforcement to the muscle and also provides supplemental tissue to the space between the released muscle and the inframmary fold. Due to problems encountered with ACD including, seroma, infection, disruption, patient concerns and costs, we looked at synthetic mesh as an alternative. Mesh has multiple fixation points thus offering greater tissue fixation compared to sutures. The mesh also functions as a scaffold for tissue ingrowth. Initially permanent synthetic mesh, (PTFE and Ultrapro) were used, however they proved to be too rigid. We then resorted to absorbable mesh – (Vicryl), which functioned well initially, but rapid absorption resulted in bottoming out. We are now using a long term absorbable scaffold (Tigr mesh).

Initial results with both immediate and secondary breast reconstruction have been very favorable. The Tigr mesh is now also used to correct breast implant complications, and as an adjunct in mastopexy surgery. We report on the use of synthetic mesh in over 50 cases.

The categories of breast surgery include:

The success rate has been encouraging, with two infections in a primary reconstruction and one extrusion in a cosmetic case. Prolonged drainage was necessary in immediate reconstruction often up to two
weeks. Complications were more common in radiated cases with two extrusions and one infection.
Other complications seen included loss of infra-mammary fold and recurrent ptosis. Theses complications were seen in earlier cases where the mesh was not adequately positioned. Persistent rippling has also been seen in patients with very thin skin flaps.

Nothing is more important to us than your health and safety. In alignment with local and federal guidelines we have suspended all elective surgical services are temporarily suspending operations. We will continue to see post-operative patients for their follow up visits and any patients with medical emergencies. We have a Registered Nurse available to answer any questions.

We are pleased to offer virtual consultations and this has provided the opportunity to make them as streamlined and easy as possible for you. Our office is open as usual for any email, telephone, or video inquiries. Schedule a virtual consultation today to explore your options and receive expert recommendations from our board-certified world-recognized plastic surgeon, Dr Hilton Becker.